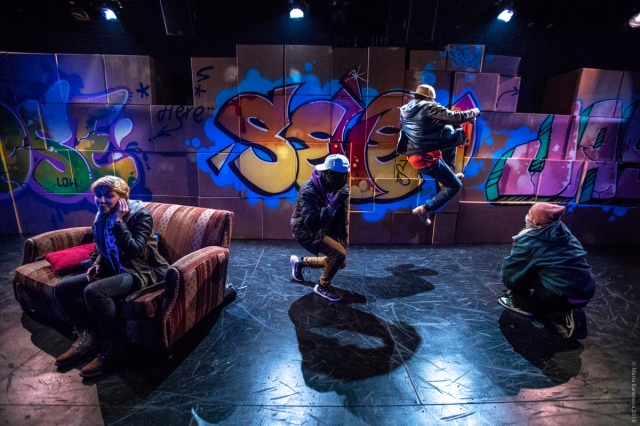 Who decides what art is and where it belongs, and what is the role of race, class, and pedigree? THIS IS MODERN ART, the acclaimed and controversial 2014 play by Idris Goodwin and Kevin Coval, based on the 2010 “bombing” of the Art Institute of Chicago by an underground graffiti crew, is making its New York debut. The production by Blessed Unrest, directed by Jessica Burr and performing as part of the inaugural season of Next Door at New York Theatre Workshop, was presented at NYTW June 2 – 23, 2018.

A feature interview for The Brooklyn Rail